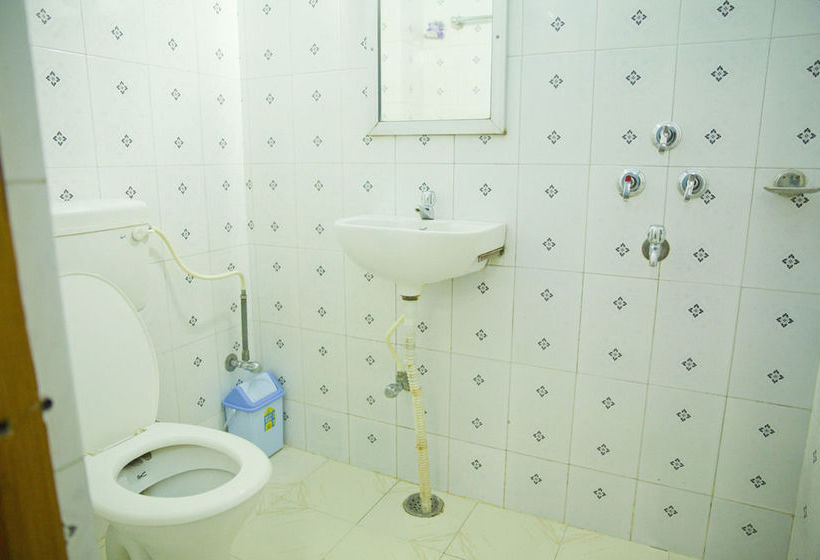 Hotel Ganesha is in the heart of Varanasi, walking distance from Asi Ghat and Durga Temple. This hotel is within close proximity of Kashi Vishwanath Temple and Banaras Hindu University. Pamper yourself with onsite massages or take in the view from a rooftop terrace and a garden. Additional features include complimentary wireless Internet access, concierge services, and a television in the lobby. Featured amenities include complimentary newspapers in the lobby, dry cleaning/laundry services, and a 24-hour front desk. A roundtrip airport shuttle is available for a surcharge. Stay in one of 13 guestrooms featuring flat-screen televisions. Complimentary wireless Internet access keeps you connected, and digital programming is available for your entertainment. Bathrooms have showers and complimentary toiletries. Conveniences include phones, as well as laptop-compatible safes and desks.

This hotel has no reviews. Would you like to add your own review?